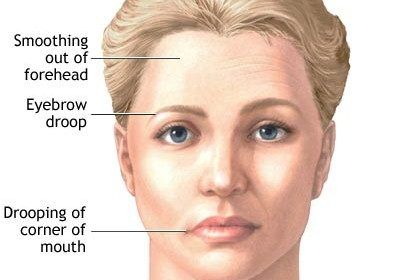 Myasthenia Gravis is a relatively rare neuromuscular disease that causes weakness in the skeletal muscles; the muscles  used for movement by our body. It usually occurs when communication between nerve cells and muscles becomes impaired, resulting in muscle weakness. The muscles around the eyes tend to be affected first, causing the eyelids to droop. It is an autoimmune disorder.

Other common symptoms of MG may include weakness in the arms and legs, and difficulties chewing, swallowing, speaking, and breathing. Involuntary muscles, such as the heart muscles, are not affected though.

Symptoms often worsen with physical activity and improve after resting or a good night’s sleep.

There is no cure, but treatment can relieve and even remove symptoms.

MG is a neuromuscular disorder that’s usually caused by an autoimmune problem which is when your immune system mistakenly attacks healthy tissue.The exact cause and what triggers MG is still unclear though.

What is the life expectancy of a person with Myasthenia Gravis?

There is no known cure but with current therapies most cases of Myasthenia Gravis are not as “grave” as the name implies. Available treatment such as stem cell treatment for Myasthenia Gravis can control symptoms and often allow people to have a relatively high quality of life. Infact, after seeking quality treatment, most individuals with the condition have a normal life expectancy.

Can you die from Myasthenia Gravis?

While complications of Myasthenia Gravis are treatable, some such as Myasthenic crisis can be life-threatening. It is a severe condition that affects breathing and requires an individual to seek an immediate treatment in order to breathe on their own.

Is Myasthenia Gravis a form of MS?

No, Myasthenia Gravis is not a form of MS. Myasthenia Gravis is caused due to the excessive production of anti-acetylcholine antibodies which is believed to be triggered by the abnormal activation of immune T-cells. In contrast, MS is primarily mediated by T-cells, but there is evidence that B-cells and self-reactive antibodies also play a role in development of the disease.

Is Myasthenia Gravis a form of cancer?

In some cases, Myasthenia Gravis is linked to tumors of the thymus gland (thymomas). Usually, thymomas are malignant, but they can become cancerous too.

Can I get disability from Myasthenia Gravis? 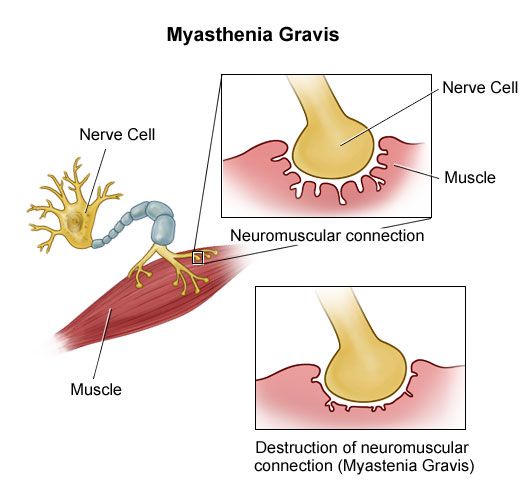 Myasthenia Gravis (MG) is an autoimmune neuromuscular disease that affects the muscles in the body. It is a chronic disease that causes certain muscles to become very weak when they are being used for a period of time.Weakness in facial muscles can cause loss of eye control and eyelid movement, drooping of one eye, double vision, decreased ability to make facial expressions, and problems talking and chewing properly. Muscle weakness in the neck and chest can result in difficulty swallowing, breathing, speaking, and neck weakness. Other parts of the body that usually experience weakness include arms, hands, fingers, and legs.

Does Myasthenia cause paralysis?

MG can affect any of the body’s voluntary muscles, but it tends to affect the muscles that control movement of the eyes and eyelids, causing ocular weakness. Consequently, the condition can cause partial paralysis of eye movements or facial paralysis.

Does Myasthenia Gravis get worse with age?

Yes, if not treated on time, Myasthenia Gravis can get worse with age and time. MG can affect people at any age. It is most common in young women and older men. However, patients with early-onset MG live longer than before, but there is also an increase in late-onset MG.

Can Myasthenia Gravis go away?

There are several therapies such as stem cell treatment for myasthenia gravis that offers promising results and quality life to patients with MG. Most people with MG have good results from the treatment. After HSCT treatment therapy, MG may go into remission for a while and muscle weakness may go away completely.

What is the best treatment for Myasthenia Gravis?

There is no cure for Myasthenia Gravis, but treatment with immunosuppressants or cholinesterase inhibitors can help control symptoms. Many patients find that with treatment, and adequate sleep and rest, they can carry on with their normal routine. In the case of a tumour, the thymus gland may be surgically removed.For patients with severe or life-threatening symptoms, stem cell treatment for Myasthenia Gravis where an individual is treated with his/her own stem cells helps to reboot faulty immune system.

How does HSCT help for patients with Myasthenia Gravis?

Some patients with Myasthenia Gravis (MG) do not respond to conventional treatment and have severe or life-threatening symptoms. Stem cell treatment for Myasthenia Gravis can induce long-term, MG control for patients with severe disease that has not responded to other treatments.At Artemis Hospital, we have offered HSCT treatment and helped 100+ patients diagnosed with various autoimmune disorders from around the world to lead a quality life.We are internationally recognised hospital and have a team of skilled and experienced doctors to offer the best stem cell treatment.The hospital is equipped with latest technology and offers excellent patient care. Besides, HSCT treatment cost – $30,000 offered by Artemis Hospital includes all costs for hospital stay upto 30 days.For details and queries, feel free to contact our case manager or check our website www.hsctindia.com 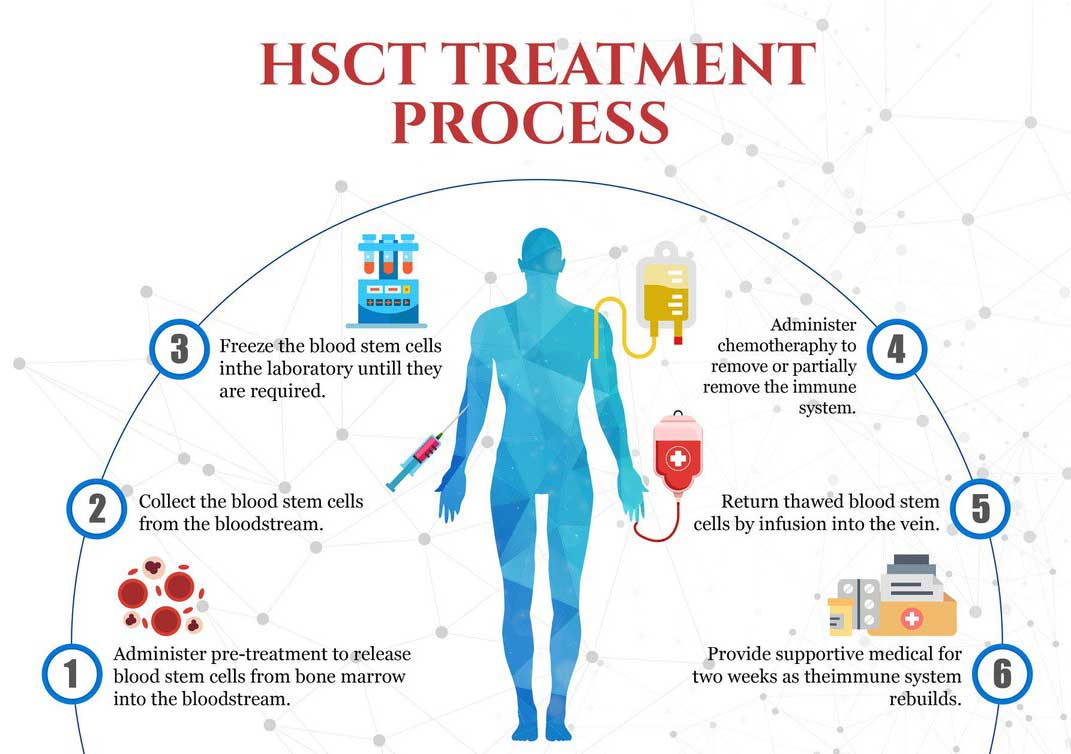 At Artemis Hospital India, we offer quality HSCT treatment for patients with Myasthenia Gravis. Once diagnosed, your doctor will perform a series of tests to access if you are an ideal candidate for the stem cell treatment as transplants aren’t for everyone. Followed by that you will be hospitalised for about a month where you will be well taken care of and treated to lead a quality life.

During the treatment unhealthy blood cells are replaced with the healthy ones. It reboots marrow and makes blood healthy again. HSCT isn’t a cure for Myasthenia Gravis but it can certainly help patients live healthy and longer.